I got to know of corn chowder after randomly hitting some blog on web and this recipe is a hybridization of the various source recipes. Both I and my husband love this soupy dish for dinner if we are not extra hungry to eat solids; it is wholesome with nutrients though you can accompany it with salads for filling. 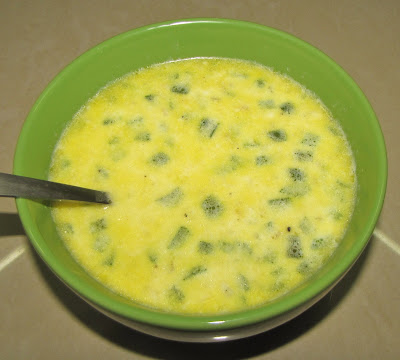 Step 1: Peel the maize and separate the corn kernels by cutting vertically as in the picture. Save 2 tbsp for adding texture to the chowder and grind the rest of the kernels in a mixer.
Step 2: Heat oil and sauté the chopped onions until translucent; add milk and let it come to boil. Put in the maize stalk and a bay leaf; this is the notch flavour of corn chowder. 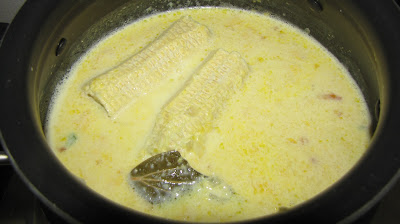 Step 3: Discard the bay leaf and maize stalk. Add corn paste and corn kernels and simmer the stove for 15 minutes.

Step 4: Now throw in coriander stem and serve piping hot. This is a wholesome, exotic and simple dish.