Ada Pradhaman is equivalent to paayasam or kheer in Kerala. Kundan had tasted it from one of his colleagues and was craving to have it again. Unfortunately I couldn’t find from my local grocers, the readymade ‘ada’ which is a main ingredient for this dessert. Amma had got it from Pondicherry sometime back and I finally attempted this simple version of ada pradhaman. Traditionally the ada itself is made at home as and when required and prepared with coconut milk which I’ll try and share shortly. 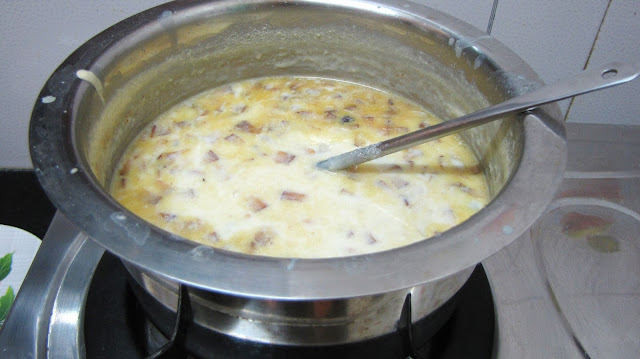 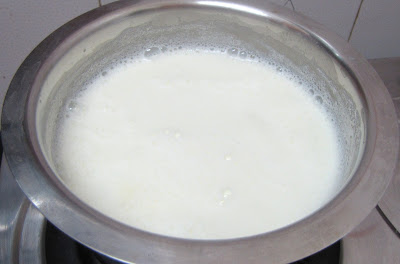 Step 2: Heat ghee in a tawa and fry ada, cashew nuts, raisins and coconut one by one and keep them aside. 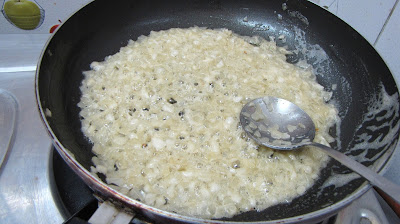 Step 3: Add the fried ada to the boiling milk and cook it until the ada is soft by stirring occasionally. 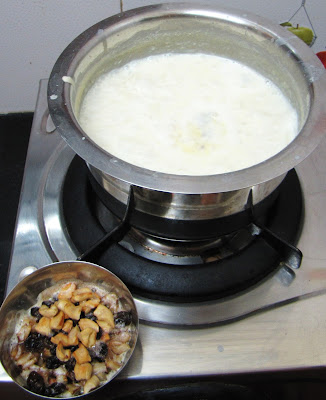 Step 4: When the ada is cooked well, they float on the surface; check if it is soft till center and then add sugar and cook for another 5 minutes. Turn off heat. 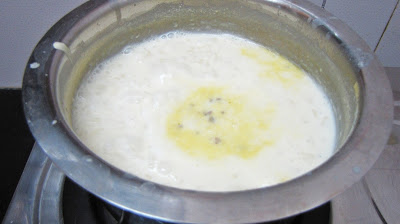 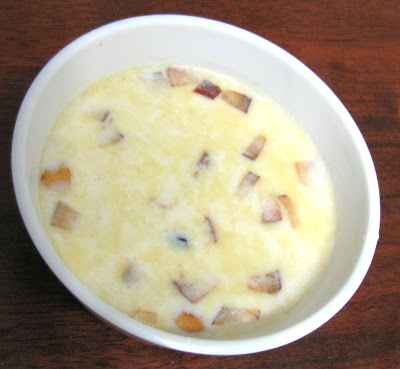